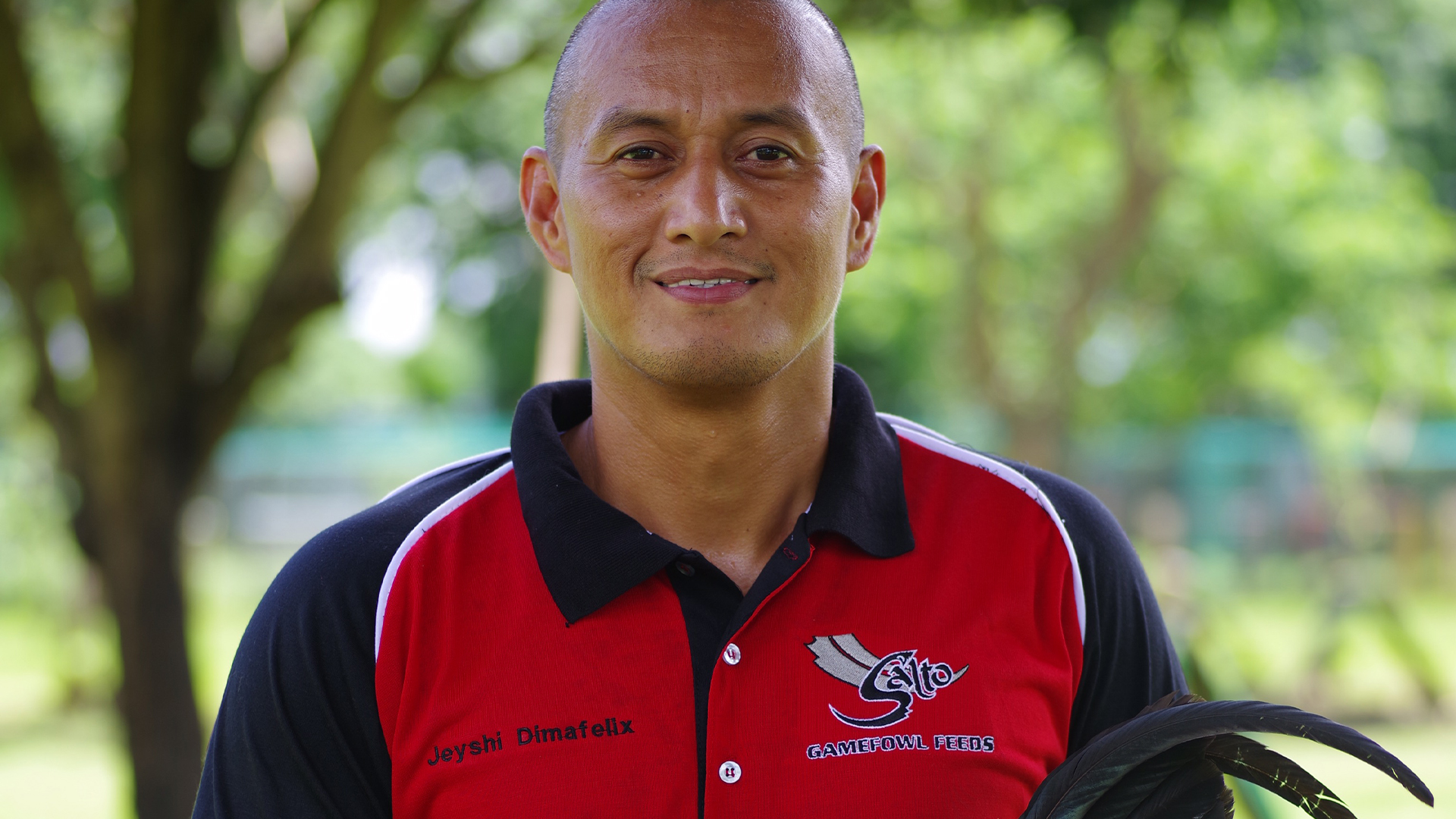 Alas ng Salto Jeyshi Dimafelix is the owner of Livestrong Game Farm in Balayan, Batangas. Determined and intelligent, he is an entrepreneur who cares about his business and earns the respect of his people. Jeyshi is a leader who found success in the gamefowl industry through a combination of Salto feeds and an excellent breeding practice. He breeds three main bloodlines – Sweaters, Gilmore, and Boston Roundhead.

The Game of Genetics

What started him on this path? According to Jeyshi, his passion for gamefowl breeding is itself a product of genetics. It was his grandparents that first influenced him, and he entered the industry after college. In 2011, he started formally growing gamefowls. Jeyshi practices the process of line breeding wherein he selects his broodstags by following good physical standards like having healthy cheeks, red eyes, erect combs, football-shaped body, closed tail, and low-set spur. His loyal buyers and friends use his gamefowls for fighting and also to establish their breeding program.

Jeyshi acknowledges the importance of providing only the best feeds to his flock. A gamefowl’s peak performance can only be achieved by combining an excellent breeding system with quality feeds. When a Gamefowl Specialist from Salto Technical Team visited his farm and convinced him to try Salto, he was so impressed by the results that he never looked back.

Following the recommended feeding program, he moves to Salto Baby Stag Developer to combat the stress of the transition from brooding to ranging. Feeding his gamefowls with Salto Stag Developer develops their bones and muscles and ensures an ideal body frame. Jeyshi recommends using Salto Power Pellet as he observed it minimizes the stress of his stocks. It gives gamefowls stronger power and faster reflex during the fight.

Jeyshi Dimafelix is a methodical breeder, and his business model revolves around continuous improvement in his operation year after year. He is a breeder who relishes a good fight. By partnering with Salto feeds, he aims for his gamefowls to achieve their best fighting form, and his successes speak for themselves. One of his proudest moments was when they nearly won the 2016 Bakbakan National Championship. They scored 11 wins and only a single loss. His breeds consistently perform well when fighting against local or even competitors from Manila – a testament to the strength of his breeding program and the quality nutrition of Salto Feeds.